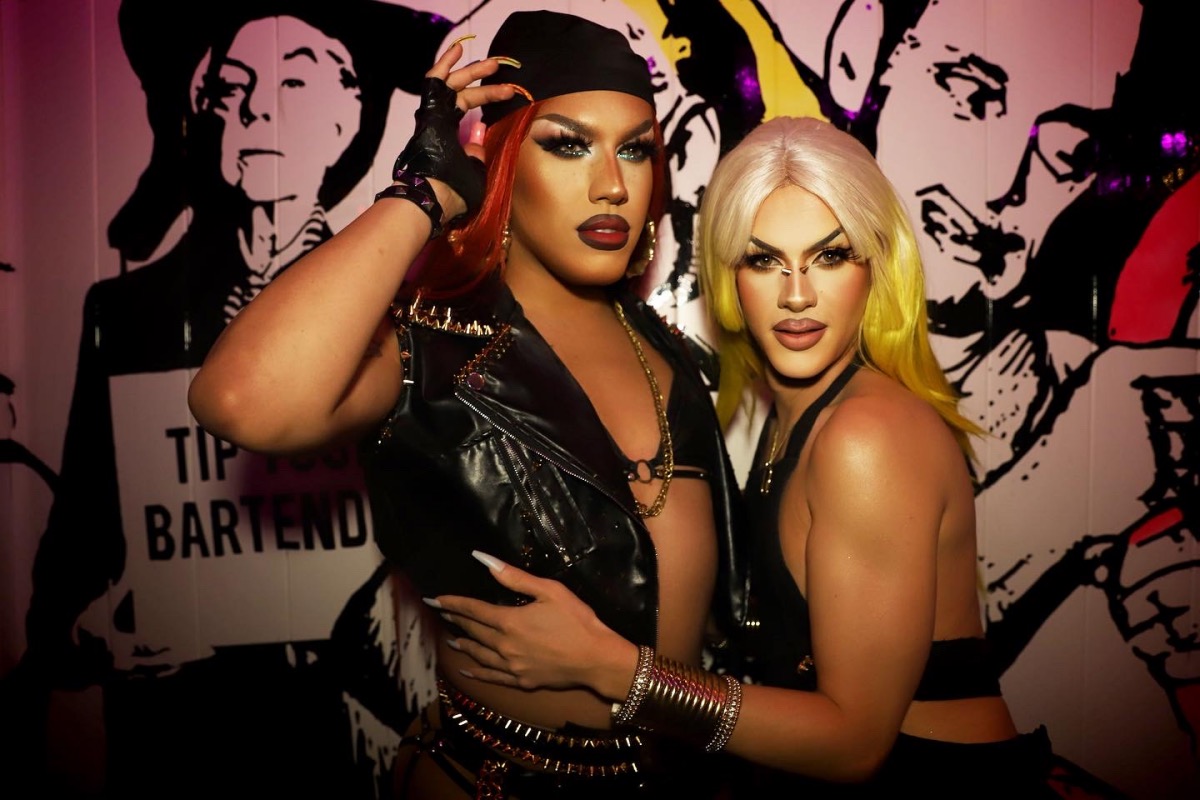 Vena Cava and Victoria Holiday were two well-known drag queens of the Río Piedras nightlife scene. Victoria was enjoying the achievement of hosting a weekly party, Rated R, at bar called El Ático. Vena was booked at least five times a month to perform at parties, including Victoria’s, and also worked as a photographer and make-up artist.

Then, in September 2017, the island was devastated by two hurricanes, first Irma and then, two weeks later, María, the deadliest hurricane in the Atlantic since Mitch in 1998, and the deadliest to hit Puerto Rico in over 100 years.

Though she was thriving in her work, Vena, a graduate of the linguistics and communication program at the University of Puerto Rico (UPR) with a minor in gender studies, felt like there was no more room for her to grow professionally if she stayed in San Juan.

For Victoria, meanwhile, ever since her kid days in Aguadilla singing along to musical theatre soundtracks in her room, she had always had the dream of moving to New York.

After living six months in San Juan post-María —dealing with the months-long blackout Puerto Rico suffered through, intermittent internet access, and the restrictions on being out at night, which practically suspended the nightlife industry— the two learned about the Federal Emergency Management Agency’s (FEMA) Transitional Sheltering Assistance program, which provides short-term accommodations for survivors a presidentially declared disaster.

While other drag queens moved to Orlando or Connecticut, for Vena and Victoria, there was never any doubt as to where they would go.

“Nueva York always called me. Ever since I watched Sesame Street as a kid, I knew that was where I wanted to be,” Victoria, who holds a degree in theatre from UPR and now lives in New York, told Latino Rebels. “I love theatre, nightlife. I’m very nocturnal. I don’t wanna be anywhere else. I love Puerto Rico, but I belong here.”

“In Puerto Rico, I had worked with the artists that I admired. Designers that I admired had lent me clothes. There was not much more to grow with the things I wanted to do, which was drag, fashion, photography,” Vena explained. “After María, nobody was working, we didn’t have electricity, and everybody was feeling pretty stuck. And so I heard about the FEMA aid, sold all my stuff, and moved to New York.” 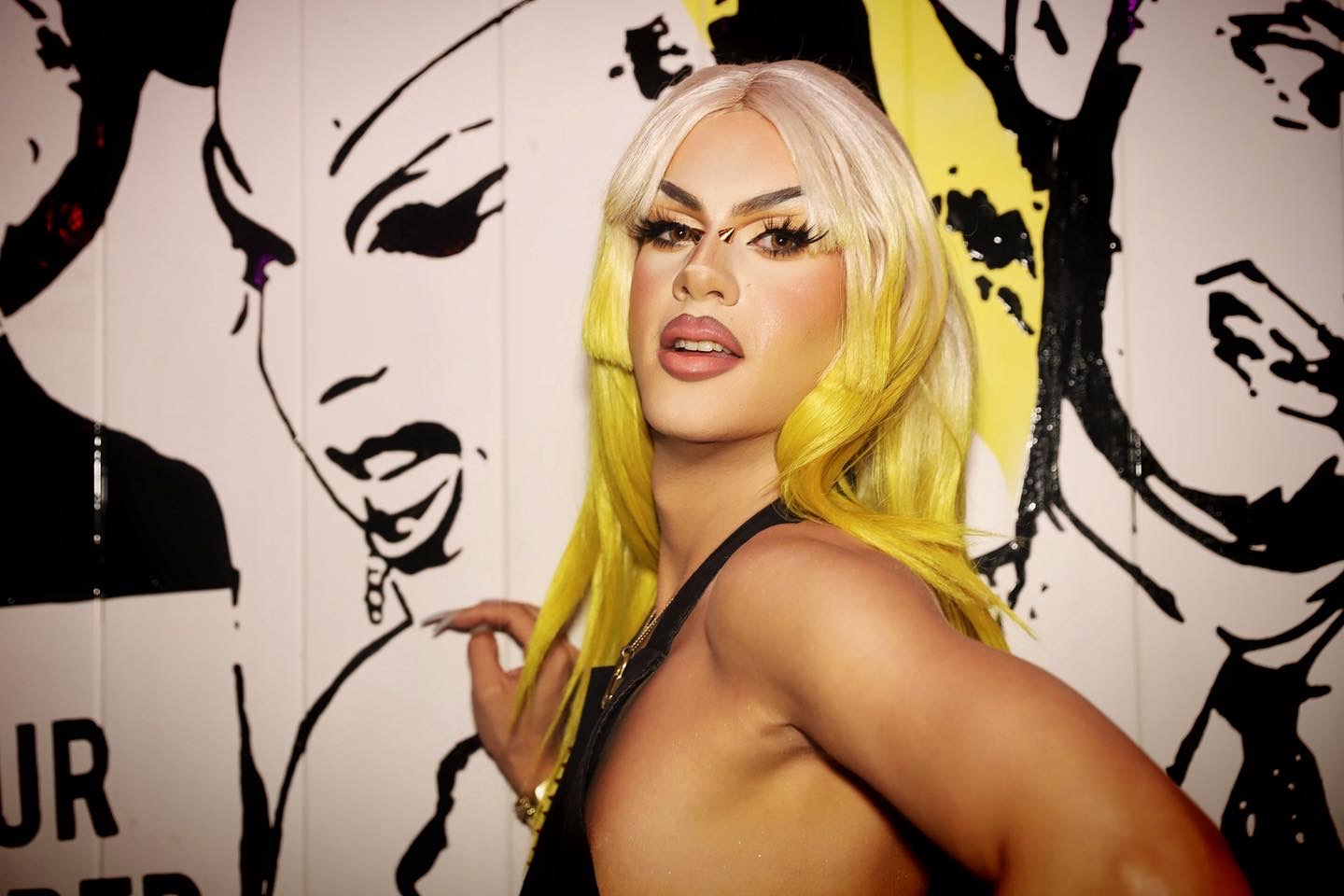 In the spring of 2018, an airplane carried both drag queens from “la Isla del Encanto” to the “Big Apple.” Victoria had put all of her boy clothes in a small suitcase—the rest of her luggage was all her drag.

Before leaving San Juan, Vena hosted one last party in front of Mondo Bizarro on Paseo de Diego, a street south of the university known for its queer bars and artsy scene.

“It was a very sentimental experience,” she recalled. “Everybody who was there went to see me. I had tears in my eyes knowing that I had all that support from the community. They were there to say goodbye.”

Of her final performance in her old stomping grounds: “I did it using a nude dress so long it hit the floor, a headpiece, and a kinda weird make-up,” she said. “I performed to the Álex Anwandter’s song that goes, ‘Hoy soy mujer, hoy soy mujer, el maricón del pueblo, aunque me prendan fuego.’ I got fully naked and threw a bunch of words on me, giving performance vibes.”

After living in the hotel provided by FEMA and working, Victoria and Vena were able to afford rent and pay bills.

Soon they became two prominent drag performers in the nightlife scenes of both Brooklyn and Manhattan. In the parties they host —like Rica, a brunch party held every Sunday, and the late-night Saoco held on the last Thursday of every month, both at The Rosemont in Williamsburg— the divas bring reggaetón and Latin pop lovers together, entertaining crowds with their punchline humor and explosive, sexy lip-syncing.

Vena says she used to take her drag performances more seriously, but not anymore. “I feel like very proud of some numbers, but at the end of the day drag is just how I make my living,” she said.

Victoria admits to believing that, once she was in New York, she would quickly achieve the nightlife status she earned in Río Piedras. While her work has been received well, it has taken more than she initially thought.

“I arrived in New York like every artist, thinking I was going to eat the world, and with a lot of confidence,” she said.

On Sunday, September 11, Vena and Victoria scored a milestone in their career when they performed at the Bushwig, one of the world’s biggest drag festivals. Created by San Antonio-born drag queen Horrorchata, this year’s event featured two days of non-stop music, drag, and dancing, and saw more than 150 performers hit three stages at the Knockdown Center in Queens.

“Bushwig is a staple,” Victoria explained. “It’s an honor to be on that stage with such legendary people. Every New York drag performer wants to be there. It is a step up.” 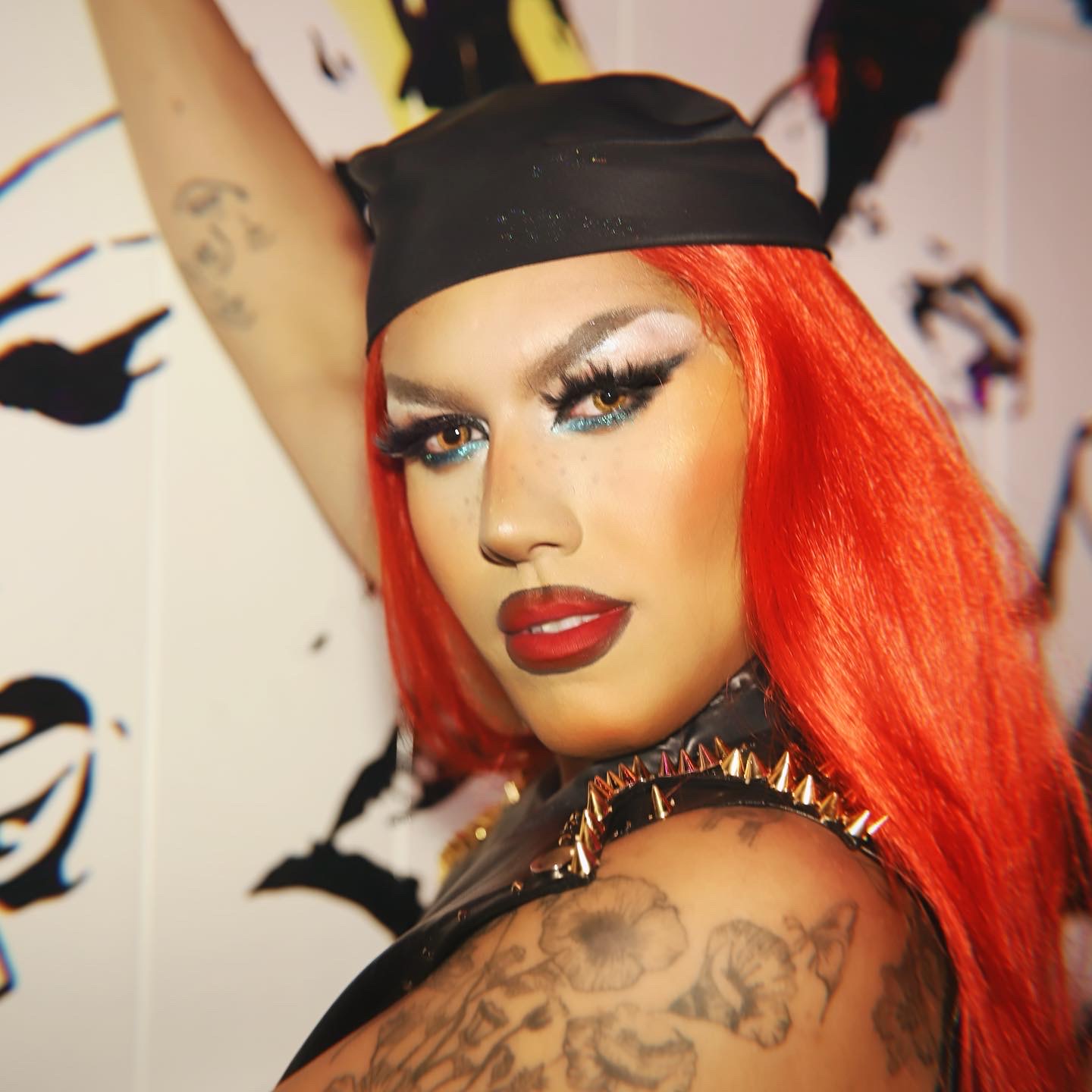 Another career goal for a New York drag queen is having your own weekly or monthly party. But making it successful and lasting is not easy, since the offering of drag nights across all boroughs is very wide.

The song is representative of the music they play: urban Latino sounds mixed with English Top 40s and romantic songs by the likes of Rocío Durcal, Mónica Naranjo, and Gloria Trevi.

About their future plans, Victoria Holiday, whose name is a combined reference to the Victoria’s Secret Angels and Broadway musical actor Jennifer Holliday, said: “I want to be in RuPaul’s Drag Race, sí o sí, just because it would help me launch my career internationally. I would like to perform in big stage shows. I want to do more theatre in venues other than bars.”

Vena Cava —whose name references a fashion brand, but also to a large vein in the heart— said that when she gets to a certain age, she doesn’t see herself doing drag.

“For now I would like to travel the world doing drag and work with big fashion and make-up brands that align with my style,” she said.

Vena’s other wish is to open her own queer bar in Puerto Rico.

Juan de Dios Sánchez Jurado is a summer correspondent for Futuro Media. A writer, lawyer, and journalist from Colombia, he is currently studying at the Craig Newmark Graduate School of Journalism at the City University of New York. Twitter: @diosexmaquina