The upcoming series falls under the pact Waithe signed with Warner Bros. Television last year. The show, which Calaya Michelle Stallworth (“Fear the Walking Dead”) wrote and executive produced, is currently in the development stage under Waithe’s Hillman Grad Productions and Williams’ i am OTHER company.

According to the official longline that Variety obtained, the series centers around, “an easily corruptible newbie skater and her ragtag rink crew who find drive and deliverance on the hardwood at an ATL skating rink known for its good music, food, vibes and stellar stunts. They soon discover that walking away from your past is easier said than done — but as all skaters learn, when you fall down, you must get back up.”

“Rollin’” joins a slate of other projects Waithe’s Hillman Grad productions has lined up in development at Warner Bros. TV, including an adaptation of the 1990s documentary, “Hoop Dreams,” theGrio previously reported.

Hillman Grad’s mission statement, from the official site, is to “empower underrepresented artists and amplify the stories of diverse, historically marginalized communities across all industries.” 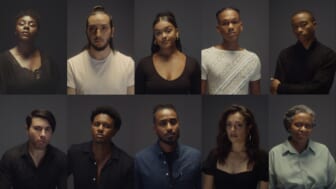