Writer Jaquira Diaz has a dream for Puerto Rico.

JAQUIRA DIAZ: (Reading) We arrive at night, carrying duffel bags filled with our clothing, our children’s clothing. We come with our families, hauling suitcases through the airport, boxes sealed with packing tape – whatever we can carry from Orlando, from Philadelphia, from Hartford. At the airport in San Juan, a crowd is waiting outside baggage claim, hands raised overhead, makeshift signs reading, welcome home and viva Puerto Rico libre.

CHANG: That is from Diaz’s essay in the November issue of The Atlantic, where she looks back at key moments in the history of Puerto Rico and argues for the independence of the U.S. territory.

Jaquira Diaz joins us now. Welcome to ALL THINGS CONSIDERED.

DIAZ: Thank you so much for having me. I appreciate it.

CHANG: Well, thank you for being with us. So in this piece, you write that Hurricane Maria, which hit Puerto Rico back in 2017, was, quote, “not just a natural disaster; it was a political event that, I believe, is provoking a historic shift.” Can you just explain to us – why do you believe Maria was so incredibly significant to Puerto Rico?

DIAZ: Well, everyone I know in Puerto Rico feels very let down. There’s a sense that the people were out there during Maria doing everything for themselves, taking care of each other, and that they were essentially ignored by the American government. But also, five years later – I was just recently there two days ago. I still see blue tarps on the roofs of houses as I drive around. The evidence of neglect is all over. And so this has caused a significant shift – essentially, young people who are saying, we’ve been doing it for ourselves. Why don’t we have independence?

CHANG: And, you know, one of the striking things that came out of Maria was that it was quite apparent that many mainland Americans didn’t seem to realize that Puerto Rico was even part of the United States, right? Like, Puerto Rico became a U.S. territory after the Spanish-American War. Can you just lay out what that essentially meant for Puerto Rico back in 1898?

DIAZ: Yes. So the United States essentially seized Puerto Rico from Spain in 1898, a year after Spain had already granted Puerto Rico a form of sovereignty under a statute called the Carta Autonomica. But when the U.S. took Puerto Rico the following year, it essentially dissolved Puerto Rico’s parliament, which had been established by the Puerto Rican people, and brushed aside the new charter establishing its own colonial government. After taking control, the U.S. disrupted the main industry, which was the coffee industry, which employed most of Puerto Rico’s working class. And then, American sugar companies started coming in and eventually supplanted, then displaced small landholders. So in a variety of ways, the economy was upended, and the Puerto Rican people were essentially evicted from their own lands by American sugar companies.

CHANG: And then tell us about the Jones Act from 1917, which granted what you call second-class citizenship to most people born in Puerto Rico. Why do you characterize it as that – second class?

CHANG: Your own family’s story, you explain – it intersected with an especially disturbing chapter for women in Puerto Rico. And I’m talking about sterilization. I had never heard of Law 116 until I read your piece. Can you tell us about that law?

DIAZ: Yes. So Law 116 created the Puerto Rican Eugenics Board and subsidized the sterilization of Puerto Ricans, particularly poor women, and was proposed by the U.S. government as a solution for Puerto Rico’s rising unemployment rate, which, according to the government at the time, was caused by, quote, “overpopulation.” Between the years of 1937 and 1960, the Puerto Rico Eugenics Board directly forced 97 sterilizations by means of tubal ligation and hysterectomy. But also, thousands upon thousands of other women were coerced into the same procedures, even after the repeal of the law. It kind of became part of the culture.

My mother, who had three children, was a very young mother. When she went into the hospital to give birth to my little sister, she got sterilized. And it was something that she didn’t want, but was essentially coerced because everyone said, this is what you do. You have to get la operacion, which is what they called it.

CHANG: Another mid-20th-century law that reflects the troubling tension that Puerto Rico’s status sets up is the Gag Law. Can you talk about – what kind of restrictions did this law impose on people in Puerto Rico?

DIAZ: The Gag Law, which was known in Puerto Rico as la Ley de la Mordaza, made flying Puerto Rican flags illegal. It made it a crime to sing the Puerto Rican national anthem, to speak out against the United States, to speak or organize in favor of independence. It pretty much violated the First Amendment and was in effect for nearly a decade until it was repealed in 1957. It essentially empowered authorities to criminalize Puerto Ricans just for being Puerto Rican. I mean, what we’re doing now – having this conversation – in 1956 would have been illegal, and I would have been imprisoned.

CHANG: It’s just incredible. The idea of statehood has gained traction among many politicians in the U.S. You speak of independence, but how popular is this idea of independence among Puerto Ricans, do you think, currently?

DIAZ: Currently, I think support for independence is growing, especially amongst young Puerto Ricans. Ten years ago, I don’t think that we saw the support that we’re seeing today. In the 2020 gubernatorial election, for example, there were two parties that were campaigning and pushing for self-determination. Those two parties combined, in Puerto Rico, garnered more than a quarter of the vote.

CHANG: Finally, Jaquira, I want to go back to the passage that we opened with – about your dream to come back home. Do you think it actually is possible for the Puerto Rican diaspora to come back home? Like, does home even exist anymore for your community?

DIAZ: It absolutely exists, and I do think it’s possible. There’s a growing number of people – Puerto Ricans – in the diaspora who want to come home and haven’t been able to because there’s no way for them to make a living in Puerto Rico. I think, first, we would have to create opportunities for the people who are in Puerto Rico, for those who left during Maria to return. And it does require sacrifice and hard work, but some of us are already working to try to get there. I know I certainly am.

CHANG: Jaquira Diaz is an assistant professor at Colorado State University and the author of “Ordinary Girls: A Memoir.” Her most recent piece in The Atlantic is titled “Let Puerto Rico Be Free.” Thank you so much for this incredible conversation, Jaquira.

DIAZ: Thank you so much for having me. 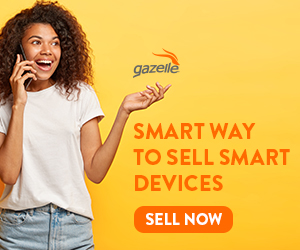